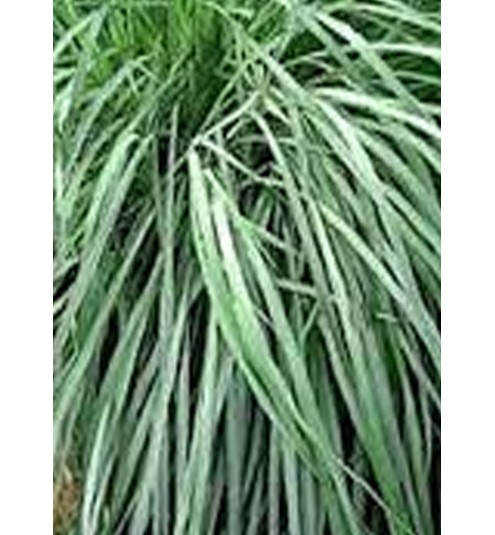 This particular tropical variety of Citronella grass can grow to about 2 metres and has magenta-colored base stems. Once harvested, the leaves or grass are steam distilled. Most famous as an insect repellent (especially mosquitoes), often utilised in insect sprays and candles, and in aromatherapy, which is famous in Bintan Island, Indonesia, and the Philippines. Besides oil production, citronella grass is also used for culinary purposes, as a flavoring. Citronella was first introduced in India in 1959 from Indonesia (Java Island, hence the name Java citronella). More desirable - as it produces a higher yield, than that of the Ceylon variety.

The higher proportions of geraniol and citronellal in the Java type make it a better source for perfumery derivatives. There is some suggestion in relation to the name Cymbopogon winterianus, that it was given to this selected variety to commemorate Mr. Winter—an important oil distiller of Ceylon, who first cultivated and distilled the Maha Pangeri type of citronella in Ceylon.

Citronella oil helps to clear the mind and has a general toning and tonic effect on the body. Citronella oil is also beneficial for boosting the immune system against colds, flu, and minor infections. It may be used for combating excessive perspiration and for balancing oily skin, as well as fighting intestinal parasites and bringing down fever and abdominal pain resulting from gas or cramps. Citronella oil's most useful quality is that of it being an effective insect repellent.

FACTS :  Citronella and its essential oil have been in use for more than a thousand years and were used as one of the oldest effective insect repellent. Citronella is usually planted in home gardens to ward off insects such as whitefly adults. Its cultivation enables growing some vegetables (e.g. tomatoes and broccoli) without applying pesticides. Careful planning is required as Citronella's roots system can be quite aggressive. Another popular blend, Citronella with Cedarwood oil Virginia, has been a popular remedy against mosquito attacks for many years prior to DDT and other modern insecticides.