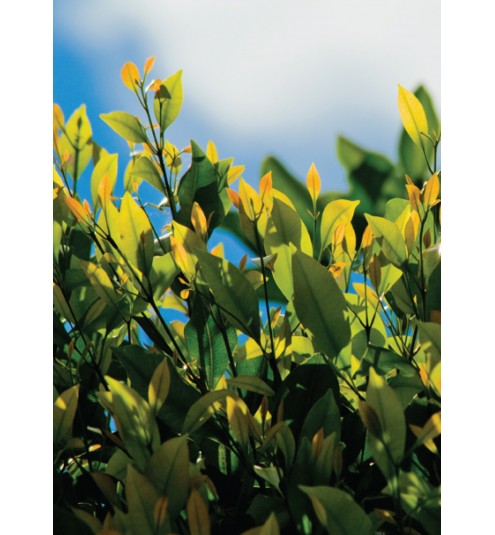 The Clove tree grows to around 10-15 metres in height, with leaves that begin as a pale red in colour, then turning to green as they mature. Originating from the Moluccas Islands, Indonesia, the flowering occurs after 7 years (from August/September through to February), and a further 6 months for the buds to mature. The tree can continue to have a productive life for a further 50-70 years, though it flowers best between 15 - 20 years, and producing 3 - 7kg of cloves per tree, per year, dependant on genetic quality of the tree, the soil, the age and the climate.

Clove oil can be extracted from the leaves, stem and buds. Clove leaf oil is extracted by water distillation, containing the desired lower percentage of eugenol. Madagascar is the largest exporter of cloves, although it is the second largest producer after Indonesia. The clove is the second value of exports, behind the vanilla. The whole production is done by small farmers  and family, helping 30,000 people. Initially, the East Coast of Africa was and is a Spice Coast for Cloves, Cinnamon, Black Pepper, Nutmeg, Mace and Ginger.

Known as a domestic spice worldwide. Cloves have been used throughout history from Romans, who used it to keep the plague at bay, to Chinese medicine where cloves were considered highly prized for many uses from cooking, digestion, smoking to dental /oral care and cleaning just to name a few, and predominantly a warming agent.

Either whole or ground from Bud (the closed flower), Stem or Leaf  - Clove is desired to have aphrodisiacal nature with stress relieving qualities, yet stimulating, warming and a comforting embracement. Useful for upset stomach, and chesty coughs, helps to ease diarrhoea, vomiting, hernia, gas and nausea. It is also applied to the skin as a counterirritant for pain and for mouth and throat inflammation. such as dental and oral post-application care. Flavourings for foods and beverages, also in toothpaste, soaps, cosmetics, perfumes, and cigarettes (which generally acts like menthol to reduce the harshness of tobacco smoke).