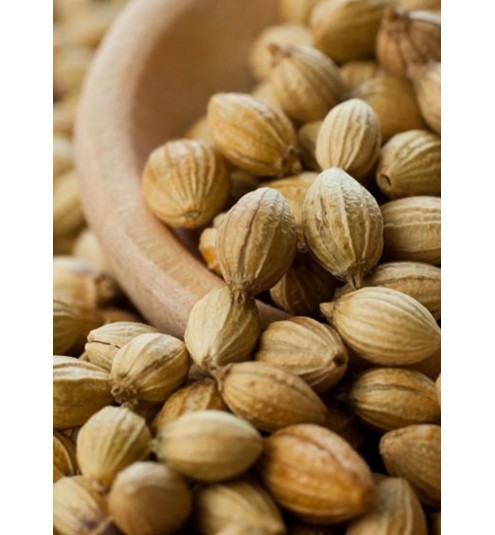 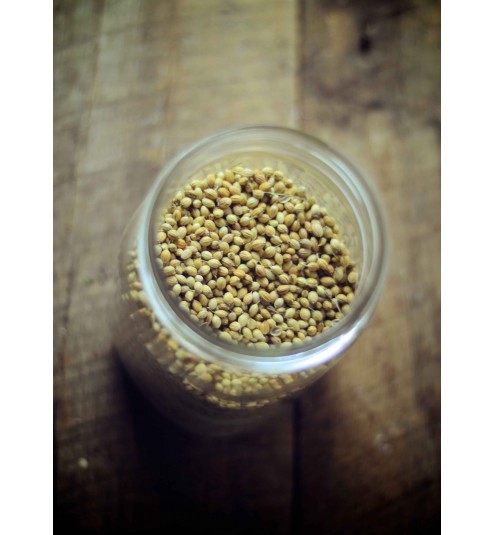 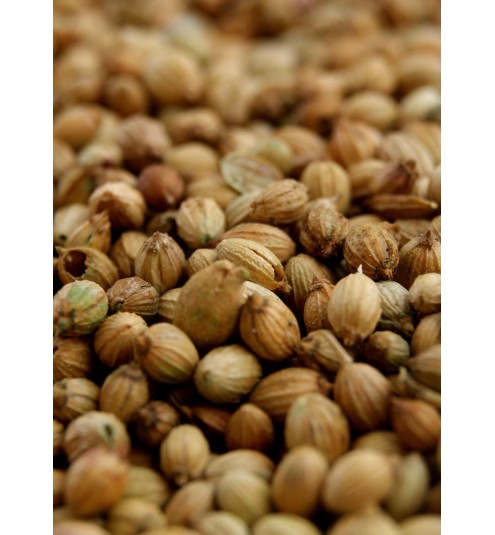 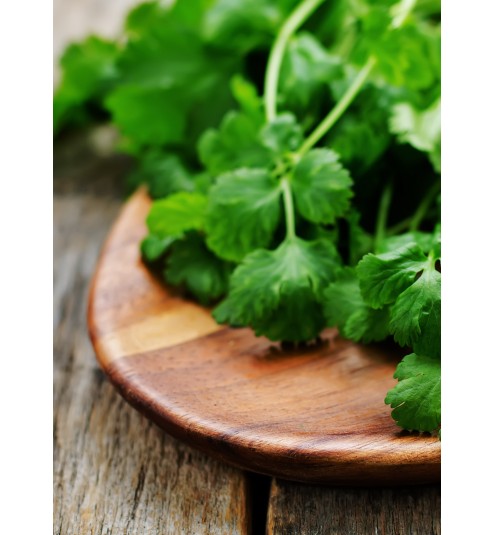 An annually grown herb, that is strongly aromatic to about a metre in height, with bright green delicate leaves, umbels of lace-like white flowers from mid to late summer, that contain a mass of green round seed, that eventually turn to brown when mature. The seeds of Coriandrum sativum are called seeds of coriander and their leaves are mostly referred to as Cilantro. Coriander is one of the four warm seeds of ancient times, along with anise, caraway, and fennel.

The plant / herb is entirely edible, along with the seeds and leaves of Coriander being widely used in cooking, as a domestic spice and for garnishing. The plant has been in use for centuries, with seeds found in the ancient Egyptian tomb of Rameses II. This Coriander oil is taken from the seeds of the Coriander plant and then steam distilled.

Coriander is a proven natural remedy for treating migraine, arthritis, general aches and pains, fever and may also help to relieve nervous tension, stress and mild anxiety.  Encourages stimulation of the appetite, enhance circulation and relieve fluid retention. Aids the digestive system and may help to relieve flatulence, intestinal discomforts and spasms. Boosts the immune system against colds, flu, general infections and measles. There has been some suggestion that Coriander is suitable for skin and beauty, as a means for skin regeneration, healing wounds and burns, and for the removal of scaly skin.

FACT :  The Ancient Romans used Coriander seeds and its leaves for preserving and flavouring meat and meat products. In Chinese medicine, certain herbal texts of the Han Dynasty quote Coriander as a powerful herb for making humans immortal.