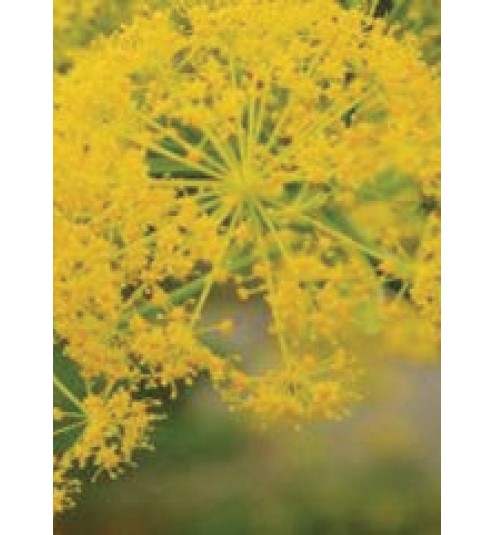 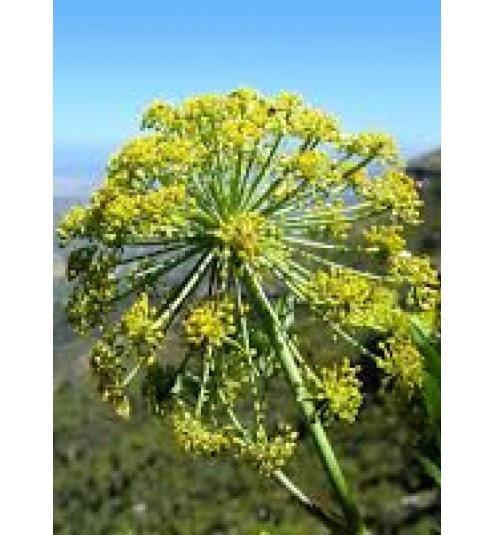 A large perennial herb, resembling a giant fennel. Similar stems and root area with resin ducts, that when bruised or cut, exudes an aromatic milky juice, a natural oleoresin, that dries reasonably quick. The dried resin is collected after some incisions at the base of the herb/plant. Steam distillation follows to distil the essential oil. Growing up to a metre, with an attractive ball display of yellow flowers. Little is known about the use of the remainder of the plant.

Galbanum comes from the Hebrew word "chelbanah or khelbnah" meaning "fatness". Ferula comes from the Latin word “ferule” which is a rod or stick, whilst gummosa means gummy resin.

This herb/plant has been in use for centuries, a long, ancient and holy use among anointing oils, which was commonly combined with Frankincense as Holy incense. Spiritually it was used to enhance meditation by the ancient Egyptians and by Moses and Christ. Holy incense was to be burned 24 hours a day in temple.

Galbanum essential oil is an ancient oil that supports the immune, digestive, respiratory systems, stimulate circulation, and other body systems. It can be beneficial for arthritis, rheumatism, joint and muscle pain and muscle spasm. Galbanum is also known as an effective decongestant and may aid in the relief of coughs, bronchitis and associated colds.  It is a spiritual oil that has been used for mediation and to increase awareness. Historically used for the treatment of wounds, such as cuts, inflammation and skin disorders, supportive of aging skin, scar tissue, and minor skin problems, like acne.

FACT :  Besides the spiritual use, the Egyptians utilised Galbanum as an embalming agent, which was also adopted for their personal cosmetic and perfumery purposes.