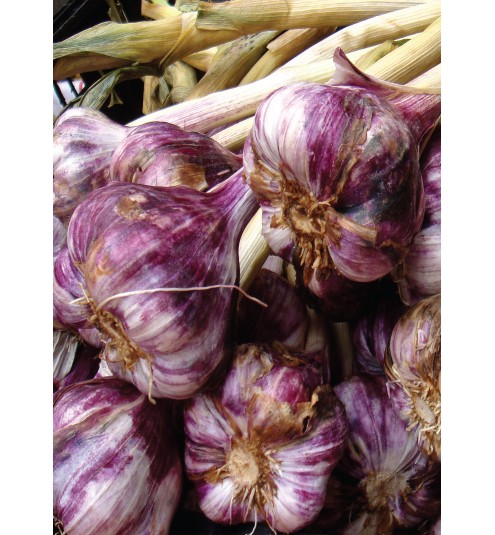 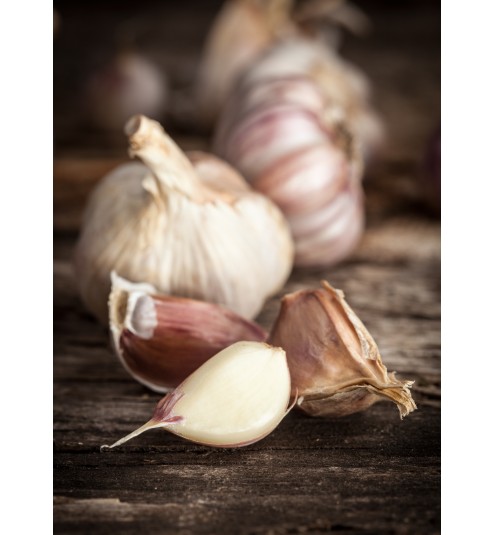 Garlic is a bulb, that is made up of segments of cloves - like sliced wedges of a cake. It is commonly used raw, or cooked, dried for easy preservation, and now steam distilled. Cultivated all over the world, the unmistakable aroma of Garlic is strong and pungent, which has been steam distilled from garlic flakes or crushed garlic cloves.

Originating from middle Asia - possibly Siberia, it gained popularity & spread around the world & having found a reputation in the west, as well as the east, it is currently held in high regard with the British Pharmacopoeia for chronic bronchitis. Not often used topically, due to its strong and persistent aroma.

Well-known as a cooking & flavouring ingredient, the medicinal properties of garlic have also been used for thousands of years. Aiding in the prevention of oncoming & exhibiting infections, digestive disorders, fevers, supports immune boosting, skin breakouts & a repelling action.

Rarely used externally & topically - due to its overbearing odour, it is typically found on the shelves of your local pharmacy - the oil is sealed in a capsule for aiding in the control of high blood pressure & heart disease. It is regularly used to treat colds, bronchitis and flu symptoms, and is an effective detoxifier.

Blends well with : Unknown suitable blending's that would synergise with Garlic Essential Oil.

FACT :  Garlic dates back thousands of years for it's medicinal virtues and invaluable use in cooking for flavouring, prevention and healing, immune boosting and repelling, even to ward-off and deter vampires at some point in time. Some significance have been suggested, that during the First World War, the use of Garlic was a preventative measure against gangrene and sepsis.