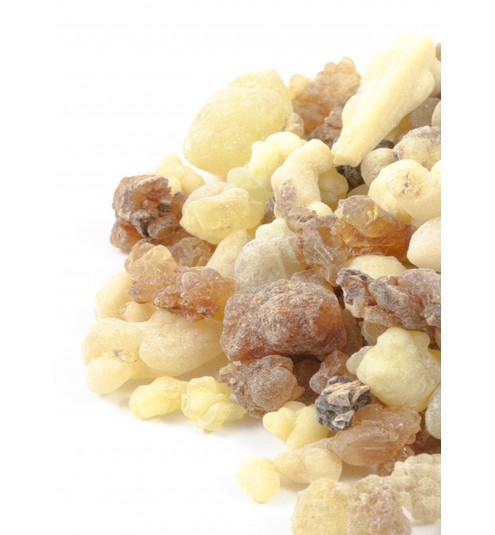 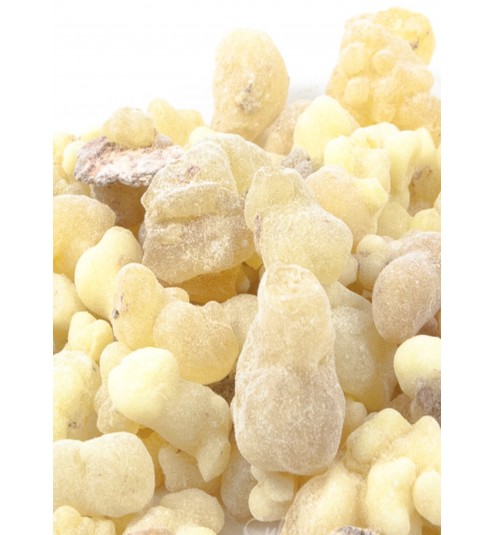 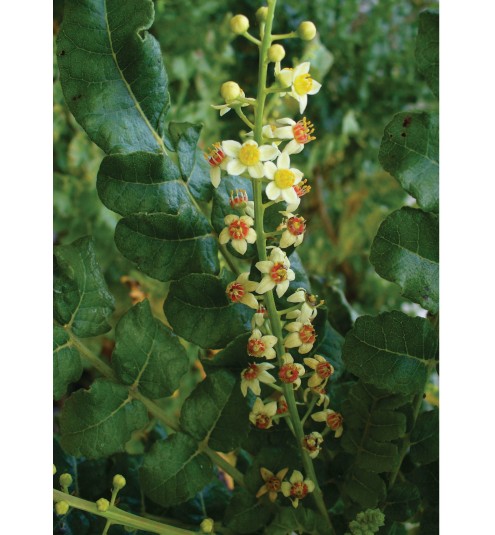 The Boswellia group of trees consists of some 20 species found in the dry tropical areas of N.E Africa and Asia. When the tree is cut, it exudes a milky liquid that solidifies to an amber oleo-resin that is collected for distillation. There is a difference with B.serrata (see. Frankincense) as it is a different tree with a slight variant in odour and possible  colour, due to geographical locations, environment, and different requirements of each species. Other names it is known by are the African Frankincense and the Oil of Lebanon.

This is the finest type of Frankincense, a gum extracted by cutting into the bark of the bush, this produces a milky-white liquid which eventually hardens to a yellow-brown gum. The gum is then distilled to produce the essential oil. Frankincense has been used since biblical times, and is still used in religion today. In ancient Egypt it was used in rejuvenating face masks, cosmetics and perfumes. Inhaling Olibanum prior to meditation, helps to slow and calm the breath, centre your being and connect to your spiritual and divine self. In many areas of Near Eastern regions and in Africa, the word Olibanum signifies "incense".

FACT :  Olibanum, in Arabic roughly translated in the times "luban" meaning "milky juice from a tree" and in Hebrew "lebonah". Another theory, that the name derives from the Arabic term for "oil" of Lebanon, since Lebanon was the centre of trade with the Europeans since the early trades and crusades. It has been revered for thousands of years, and has been hailed as an offering to the gods. In Southern Arabia, Olibanum was a major exporter and was traded to the far east to China.