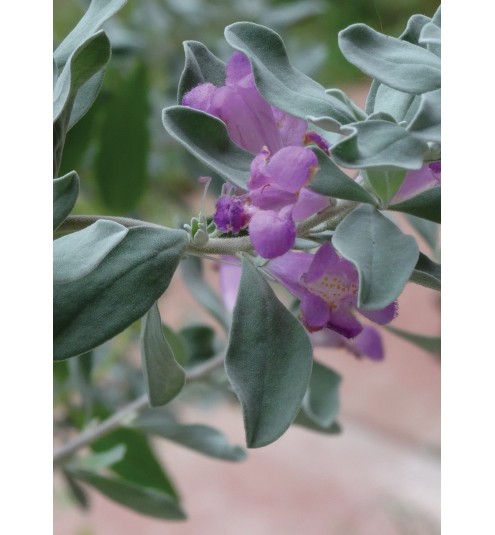 Historically, southeastern Europe has been the principal producer of sage. Dalamatian Sage, as it is commonly called, has been recognised around the world as a highly aromatic, mellow and smoother tasting sage - die to differing essential oil components. Grown mainly for culinary and medicinal properties.

The oil is collected early in the morning from the leaves of sterile and immature plants - prior to flowering - as this is the best time when distillers can extract the most oil. The common Sage oil is preferred in perfumery work, which although safer, has a less refined fragrance.

The generic name of Sage comes from the Latin salvere, 'to save' or 'to heal'. It has been considered a sacred herb dating back centuries, used in the form of herbal infusions, gargles, and poultices, particularly for mouth and throat infections and headaches. Aids in respiratory, menstrual and digest complaints. It is also said - to help strengthen the senses and cognitive mind set.

FACT : A sacred herb by the Romans, Sage, during the Middle Ages was used to treat numerous ailments, from the fevers to liver diseases to epilepsy, and to even ward-off the great plague. It has been a constant Tea flavour - that is considered a pleasant and healthy refreshement.