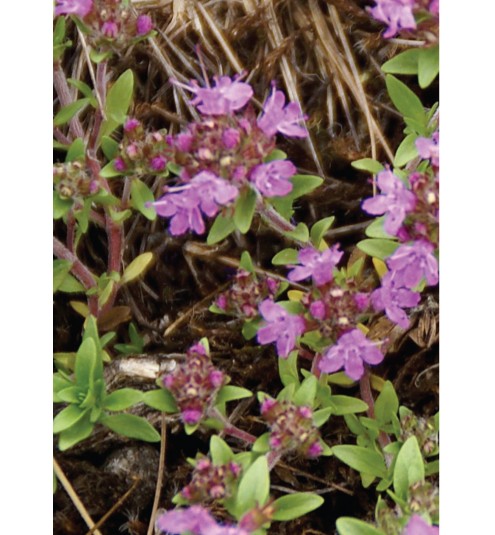 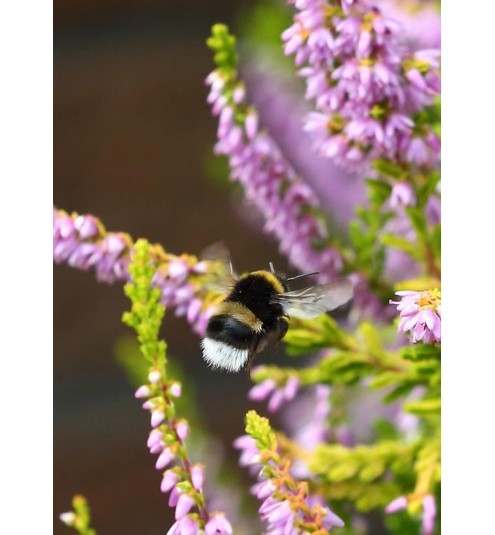 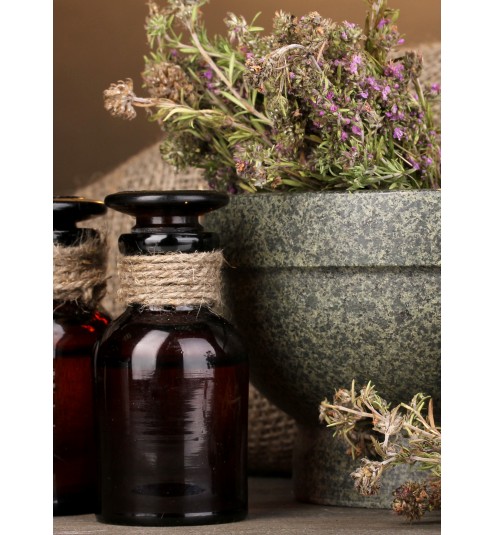 Native to its mountainous habitat, this low growing small shrub, suitable as a ground cover in gardens, with small tightly packed aromatic leaves, that stem from a woody evergreen bush that flowers in purple or purple/pink.  It may be companion planted along with Lavender - as they both favour the same conditions and compliment each other in the garden. Other names it is known by are Running Thyme, Mother of Thyme, Mother Thyme, Breckland Thyme, and Creeping Thyme. Originated from Central and Northern Europe and the Western Himalaya mountainous areas.

Thymol is part of a naturally occuring compound, an active ingredient of Thyme, when this chemical comes in contact with iron in a crude distillation process, it discolours to the yellow/brown. Considered throughout most of history to be an antiseptic and disenfectant in many uses. With strong antimicrobial agents that have been investigated to reduce bacterial resistance, as well as an effective fungicide. Wild Thyme has a higher percentage of phenols than Red Thyme so should be used with care as it will irritate the skin.

Eases respiratory, digestive complaints, and aids in the prevention and treatment of infection. From mild skin complaints of acne, bruises, burns, cuts, dermatitis, eczema, insect bites, lice, gum infection and oily skin. Also helping in circulation, muscles and joints ease.  Boosts immunity and increases concentration. Calming and cleansing. Though use with caution - as it may cause some dermal irritation and sensitisation to some individuals. Use in moderation and always dilute before use.

FACT : The use of Thyme is considered as one of the earliest medicinal plants ever used in Western herbal medicine. Besides complimenting culinary needs, it has since been noted from the 16th Century of its antiseptic properties. In the south of France, Wild Thyme is recognised as a symbol of extreme Republicanism.