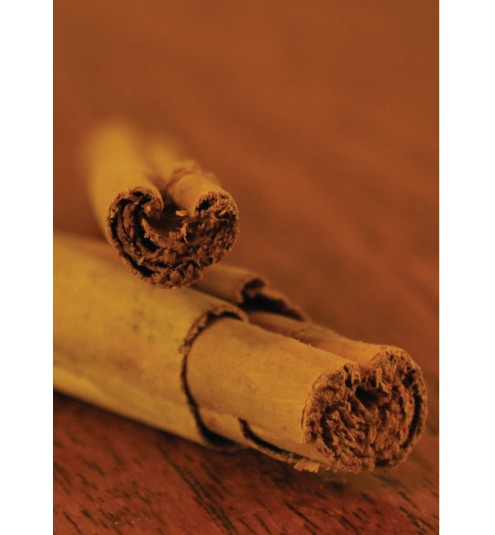 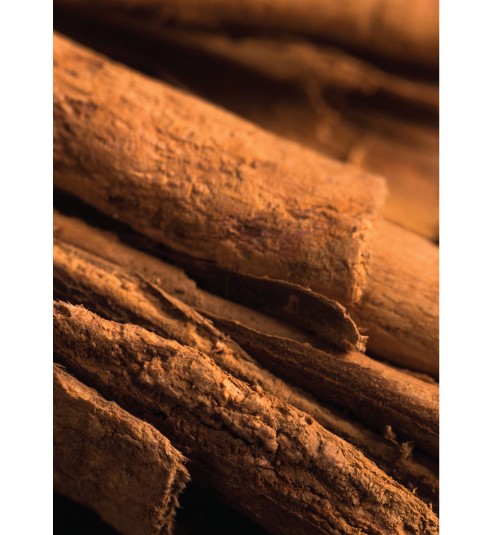 A tall evergreen tree, native to Sri Lanka, grows to a height of around 6 - 8 meters, with shiny leaves and clusters of yellow flowers that bloom in January, which fruits ripen 6 months later. Now commonly grown in the tropics. A first harvest may be obtained after 3-4 years, although both quality and yields improve with subsequent cutting. The stems are cut during the rainy season to encourage peeling of the bark. The bark is cut in long strips and left to dry and curl in the sun, otherwise known as quills (that are used in flavouring and cooking). The local conditions, particularly the type of soil under which the crop is grown, have a profound effect on the quality of the bark produced.

On plantations, cinnamon is cut every 2 years, and the flush of straight shoots generated by coppicing produces the bark that is peeled for cinnamon quills. The essential oil is distilled from the off-cuts of bark to make Cinnamon Bark oil. The bark oil contains high levels of cinnmamaldehyde and is a dermal irritant.

The oil and spice is often confused with Cassia, as they have similar properties and aromas. Cinnamon was prescribed by the ancient Chinese for almost every malady, and was used by the ancient Egyptians for keeping epidemics at bay

Cinnamon Bark essential oil is highly respected as having antiseptic properties. It is recommend that Cinnamon Bark be avoided in aromatherapy. Perfumery applications are far fewer than in flavours because the oil has some skin-sensitizing properties, but it has limited use in some perfumes. From a spiritual perspective, it is believed to have a warming, uplifting characteristic. Use as a room spray or bench cleaner diluted in water.