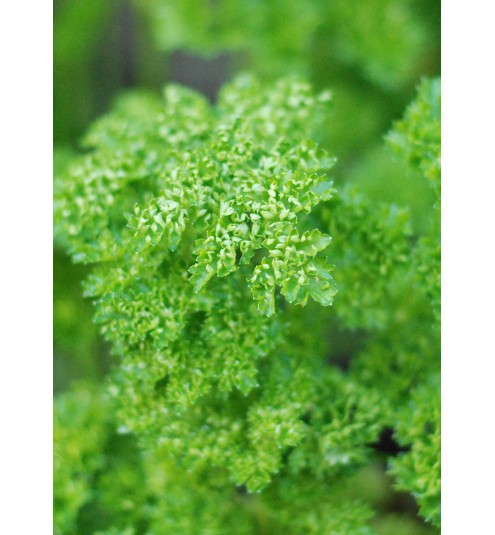 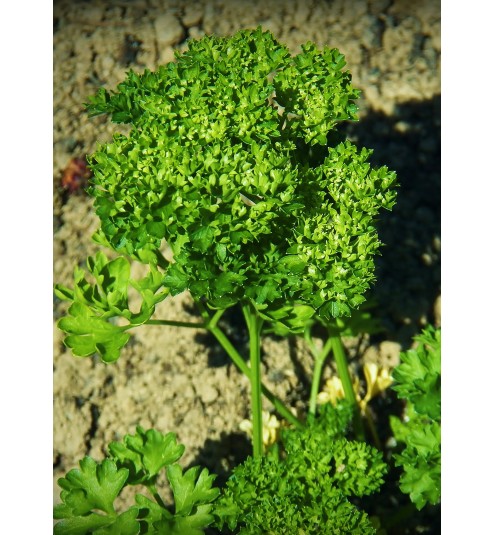 This cultivated biennial perennial herb plant can grow up to 70 cms in height, has green foliage and small green/yellow flowers and small brown seeds. The crispum variety is the curled leaf, the desired choice for use in herbal medicine. The common parsley bears close or flat leaves, is considered a hardier by nature herb than those of curled variety. However, the curled are superior in every way. The variety crispum was grown in very early days, being even mentioned by Pliny. Parsley oil is obtained by the steam distillation of the complete aerial parts of the cultivated perennial plant.

Parsley was traditionally used in making tea for treating gallstones and dysentery. Trusted as a powerful carminative, the leaves, seeds and roots of Parsley were used in treating numerous digestive problems including diarrhoea, ulcer, flatulence and colic pain. The juice extracted from the roots of this plant was used in folklore medicine as a diuretic and for treating kidney disorders like nephrolithiasis (kidney stones). The odour of the leaf oil is the finest of all the parsley products (leaf, seed and root), being the most herbaceous although far less yield than the seed. High in vitamin A and C, parsley is also used as a culinary herb.

The herb and seed are used medicinally for kidney and bladder problems, but has also been used for menstrual difficulties, digestive complaints and for arthritis, rheumatism, rickets and sciatica. It is said to stimulate hair growth, and help eliminate lice, as well as aiding in beauty treatments for broken capillaries, psoriasis and varicose veins. It is said, that it helps to regulate menstruation and maintains uterine health. Parsley Oil also gives relief from problems associated with menstruations, such as abdominal cramp and pain, nausea, and fatigue.

FACT : Parsley was associated with death. It was used to honor the dead and some thought that it was evil. It was also used as a breath freshener and a diuretic. Crushed Parsley leaves have been used for topical application for insect bites, skin parasites and skin tumors.