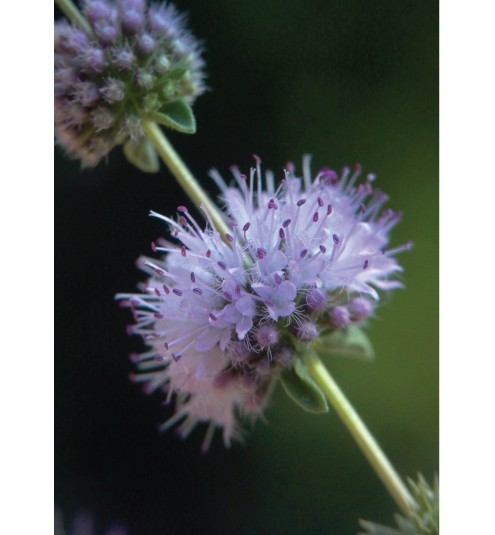 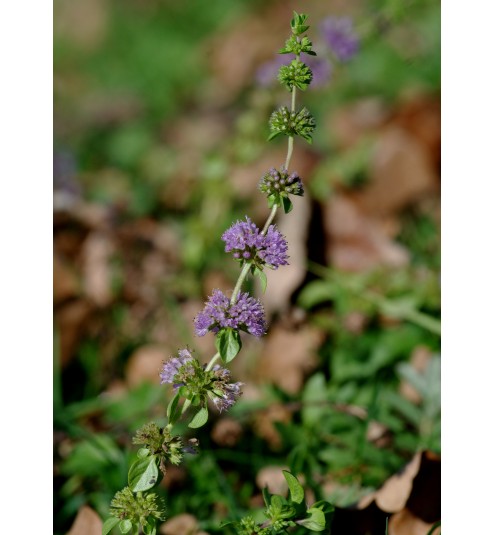 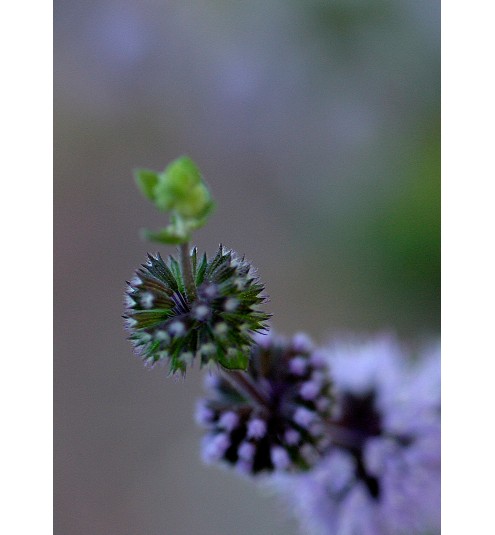 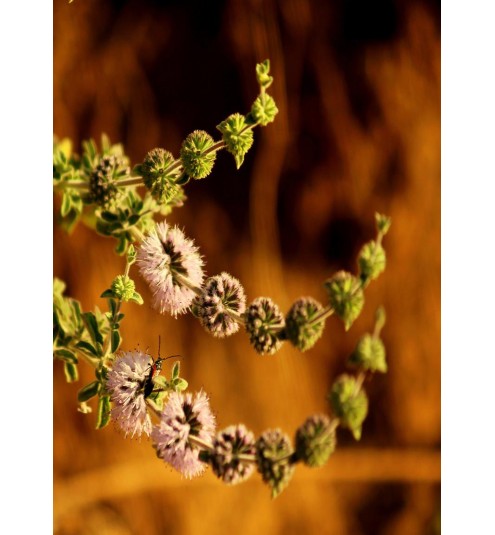 Pennyroyal is a perennial herb that grows up to 50cm (20 in) tall with smooth roundish stalks and aromatic, gray-green oval leaves. Lilac flowers are produced in distinct whorls in late summer and autumn. The plant is an abundant grower, that has a fibrous creeping root. Like most of its near relatives, Pennyroyal is highly aromatic, perhaps even more so than any other Mint, containing an essential oil resembling in properties that of other mints, though less powerful. The flavour is more pungent and acrid and less agreeable than that of Spearmint or Peppermint.

Mentha pulegium is one of the four most commercially important Mentha species. First discovered in England, this plant has a strong, almost resinous flavour. Pennyroyal is the smallest of the Mints and very different in habit from any of the others. Found throughout southwest and central Europe, around the Mediterranean, including Greece, across the Iberian Peninsula and Northern African countries. Plantations generally last for four or five years when well managed and on favourable soil, but being frost tender, it may cause the crop to die off in patches, so it always advisable to plan ahead to make new plantings yearly.

A herbal remedy of ancient repute, Pennyroyal has been used to cure a variety of ailments. Traditionally used to strengthen the nerves, as well as beneficial in cases of spasms, hysteria, flatulence, colic and sickness. Aids as a digestive tonic where it increases the secretion of digestive juices and alleviates stomach discomfort. Also, it is said to stimulate the uterine muscles and encourages menstruation. Topically, in an infusion, it may treat itchiness, irritated and inflamed skin disorders such as eczema and rheumatic conditions such as gout. Studies have also shown it being an effective insect repellent.

Safety Precautions : Not Recommended for - pregnant women, or women trying to conceive should NOT use this oil.