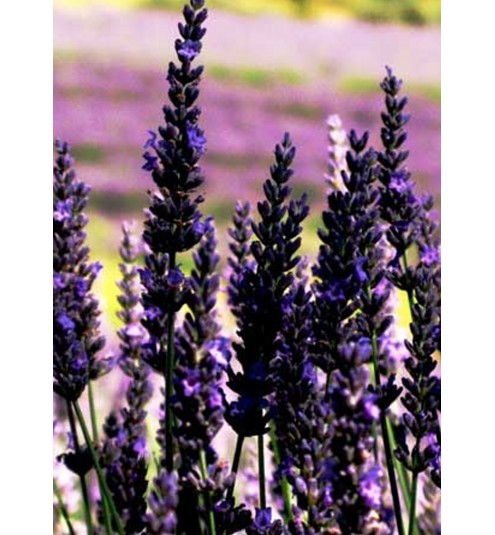 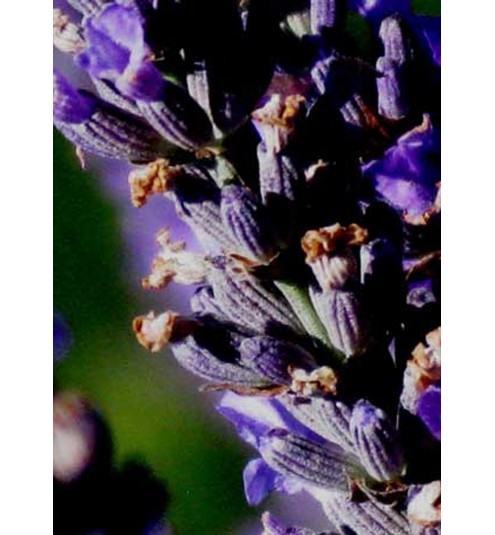 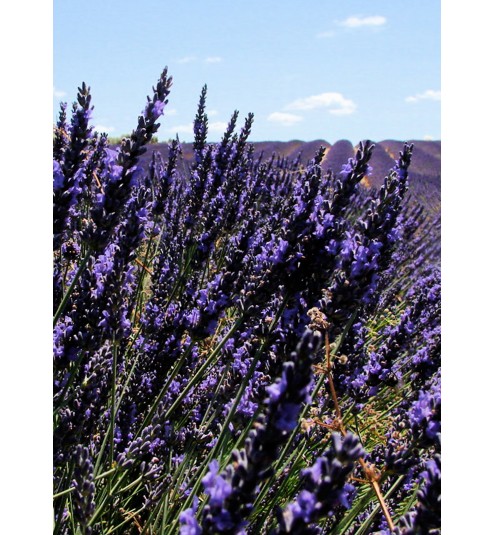 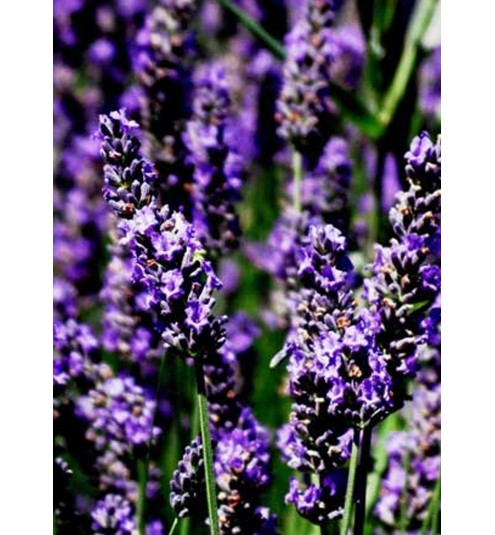 A larger/taller bush with a blue/grey tinge to the flowers to its close cousin, Lavandula angustifolia, it is a sterile hybrid plant (crossed between true/english and spike lavender) and holds similar properties to the natural Lavender. It is hardier and easier to grow - as the lower elevations required make it an easier crop to produce. Having different chemical and therapeutic properties to that of Lavender, it should be noted that - do not be confused with the Lavender property of Healing Burns - as Lavandin, on the other hand, is the opposite with worsening burns.

With a higher camphor content, it inevitably has a stronger camphorous scent (making it more lasting, and piercing aroma) with a more herbaceous note than it is sweet, but less floral scent. Lavandin oils, are relatively cheaper, most lavandin oil is used for industrial applications (detergents and washing powders). Some is used in perfumery.

Lavandin oil boosts self esteem, confidence, hope, and mental strength, boosts against depression. Beneficial in the relief of skin irritations like that of dermatitis and psoriasis. Also, being a stimulant, it is rejuvenating and calming, and also a sedative which helps improves the quality of sleep. It contains camphor and is a better choice of Lavender for respiratory complaints. Relaxing and anti-spasmodic qualities with the relief of muscle aches and pains.