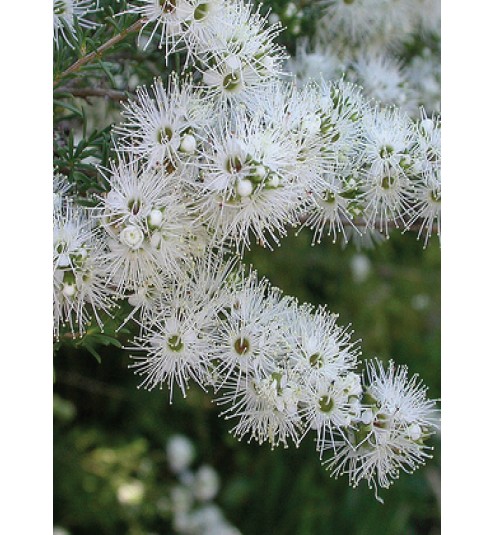 Kunzea is also known as "White cloud" or "White kunzea", is a tall shrub, up to 3 metres in height, with abundant white or pink flowers and is native to the coolest coastal areas of Australia (Southern New South Wales, Victoria and Tasmania). The essential oil is derived from the terminal branches of the shrub that grows profusely in the wild especially in North-East Tasmania and the Bass Strait islands.

Kunzea is a close relative of a plant with the genus Callistemon (more commonly known as the bottlebrushes) and shares some similarity to Melaleuca and Leptospermum. Throughout Australia, there are about 40 species that populate each state and territory of Australia. In neighbouring New Zealand, across the Tasman Sea, there is one species that thrives (Kunzea ericiodes), with the common name of Kanuka.

FACT : Native animals are said to be often found sleeping under Kunzea plants, where they seek relief from ticks and other parasites - hence its popular name of "tick bush".